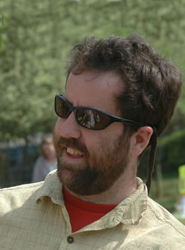 Biodiversity is distributed unevenly on the planet. For example, at broad spatial scales, there tend to be more species near the equator than near the poles. At local spatial scales, such as within a 1-m2 plot of leaf litter, the number of species can vary from place to place within a forest.  Research in the Sanders Lab seeks to document and explain such variation in diversity and addresses two fundamental questions:

Our approach combines large-scale surveys of biodiversity to take advantage of natural experiments (e.g., variation along climatic gradients or invasion by non-native species) and manipulative experiments at small spatial scales.

Work in the Sanders Lab is not limited to the broad projects described here. Recent students have worked on tropical ant community dynamics in Costa Rica, modeling the effects of climatic change on plants in western Australia, long-term changes in forests and understory vegetation in Great Smoky Mountains National Park, the causes and consequences of biological invasions, and the effects of fire on ant and plant community structure.